Let the BMW transmission repair experts at Boise Transmission repair diagnose any problem or issues you are having with your BMW automobile or SUV (sport utility vehicle). Do you have a ‘check engine’ light on? This could indicate a problem with your gearbox.

Have your BMW’s transmission fluid changed by ASE certified technicians who use only new OEM BMW parts.

Are you searching for ‘BMW transmission repair near me’? You are in luck.

How much does it cost to repair a BMW transmission?

Call today or stop by and get a thorough diagnostic evaluation and road test to diagnose whatever issues you are having with your vehicle.

If you are searching for “Transmission Repair Garden City Idaho” you have come to the right place. 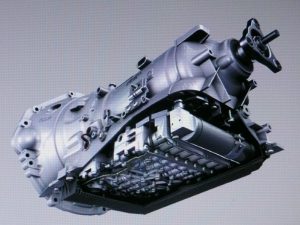 BMW gearbox repair is just one of our many specialties.

Transmission flush and fluid change are one of our services.

The automatic gearbox from ZF / BMW is not your average type of transmissions. These are sealed units, and you can not check the fluid with a dipstick.

Preventive maintenance is critically important to ensure you get years of service from your BMW vehicle.

Determining what problem(s) your BMW transmission has, may seem like an impossible task, especially to the untrained eyes and ears of the average driver. It may be helpful to think of your car’s inner workings as similar to that of the human body.

For instance, if you have chest pain that could point toward any number of health issues, but if the chest pain exists in addition to difficulty breathing, then it is much more likely that asthma (or something very similar) is the cause. Automotive problems are diagnosed in a similar manner.

Problems that involve mechanical systems typically exhibit distinct sensations and sounds that act as indicators that a certain process isn’t working the way it is supposed to work. As soon as you recognize that something seems a bit “off” with your vehicle’s transmission functionality, it is time to assess the issue and look for a way to fix it.

Diagnosing problems yourself may seem like an impossible task, but try to think of it in terms of your own body. For instance, if your stomach begins to hurt without warning, you’ll probably start thinking of the last thing you ate in order to figure out why you are in pain. A similar type of thinking goes into diagnosing a transmission problem. The moment you start noticing something out of the ordinary, it’s time to start considering the problem and finding a way to fix it.

Major issues with your BMW transmission could arise if your transmission is not well maintained by professionals and/or symptoms of a problem are not checked as soon as they develop. 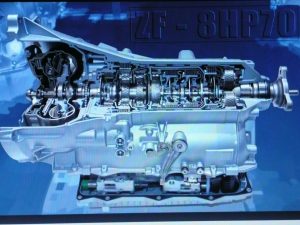 Some of the BMW models we service:

For more information on how we can be of service to you call us today.

A little history about BMW.