Avoid overpaying for your transmission service, we rebuild 78% of

transmissions that need major work, which can save you hundreds of dollars.

If you demand excellence, you are in the right place.

From cars and trucks to SUV’s and RVs, we have you covered.

We can even handle ATVs and Boats! Give us a call, find out how we can help you.

Auto repair shop near me.

All Makes All Models

Emergency transmission issues on a Sunday?… call us NOW

We provide the widest range of services for all your vehicles transmission service requirements.

No matter the make or model of your vehicle, we can solve your problem, we can help you find an affordable solution.

Call us right now for a no hassle no obligation estimate and an honest quote and options you may not have considered.

We specialize in transmission flushes and fluid changes.

Experts at diagnostics, it’s what separates us from the rest.

Aftermarket upgrades for heavy towing applications are one of our specialties.

We live here, our kids grow up here and we work in the Treasure Valley.

We love the beautiful city of Boise and we are happy to provide the best service we can possibly provide.

With us, you get hard work and dedication and a written guaranteed on all work for your peace of mind.

For more info on transmission repair.

Have your automobile gearbox serviced by the professionals!

Looking for a “transmission rebuild shop near me”?… we are your local expert repair service shop. Give us a call and we will do our very best to inform you about the options you have to fix any issues you are trying to get resolved with your vehicle’s transmission–no hype and no pressure we promise you.

If you are driving a late model car that is equipped with a CVT transmission, get the facts about when to change the transmission fluid. Do you need rebuilt transmission prices for your car, truck or SUV? Here are some of the types of vehicles we service: Cadillac, Dodge, Ford, Chevrolet, Subaru, Toyota, Jeep, Nissan, Honda, GMC, Hyundai, Allison, Buick, BMW, KIA or Motor Home RV, Chrysler, Acura, Mercedes Benz, Range Rover,Land Rover,Jaguar, Mazda, Audi, Volvo, Saturn, Mitsubishi ,Isuzu, Infiniti, Porsche,Fiat, Pontiac, Oldsmobile, Scion

Transmission replacement labor cost depends on the age of your vehicle and how you plan on using your vehicle. New units are for sale and rebuild kits are available! Call today (208) 297-5202. Arm yourself with the right knowledge you’ll need to know to make an informed decision about where you decide is the right place to take your vehicle for service. We also offer complete Automotive Repair Services.

What would you say if you went to your doctors’ office and told him/her you were feeling ill and the doctor said: “okay we need to do some exploratory surgery?”…
You would probably get out of there as fast as you could.
As with your body – diagnostics is a very critical part of the process to find the ’cause’ of a problem… and at Boise Transmission Repair we believe it is just as important when it comes to diagnosing issues you have with your vehicle’s transmission.
So if any transmission shop tells you they have to ‘open’ up your transmission to find out what the problem is… and have not taken your vehicle for a road test or electronically scanned your vehicle’s transmission… we recommend heading for the door – fast.

Used car⁄ truck pre-purchase inspection −  this could save you thousands of dollars – how many times have you ever heard of anyone doing a thorough drive train inspection before they bought their 4×4?…

A transmission rebuild can add tens of thousands of miles to your vehicle and save you a vehicle payment.

If you have ever asked your smartphone ‘where is the best transmission repair shop in Boise‘ you’ve just found it.

Some general information about automobile gearboxes:

Types of vehicle transmissions: An automatic gearbox is one type of motor vehicle gearbox that can automatically change gear ratios as the vehicle moves, freeing the driver from having to shift gears manually. Most automatics have a defined set of gear ranges, often with a parking pawl feature that locks the output shaft of the transmission.

Besides automatics, there are also other types of automated mechanical transmissions, such as continuous variable and (CVTs) and semi-automatic transmissions, that free the driver from having to shift gears manually, by using your transmission’s computer to change gear, if for example the driver were redlining the engine.

Despite superficial similarity to other automated transmissions, automatic gearboxes differ significantly in internal operation and driver’s feel from semi-automatics and CVTs. An automatic uses a torque converter instead of clutch to manage the connection between the transmission gearing and the engine. In contrast, a CVT uses a belt or other torque transmission schema to allow an “infinite” number of gear ratios instead of a fixed number of gear ratios. A semi-automatic retains a clutch like a manual transmission, but controls the clutch through electro–hydraulic means.

The predominant form of automatic gearbox is hydraulically operated; using a fluid coupling or torque converter, and a set of planetary gear–sets to provide a range of gear ratios.

Prevent costly future repair bills by having your diesel-powered trucks transmission serviced by professionals. Diagnostics is the most important process when evaluating your vehicles transmission issues.

Our services are convenient to other nearby locations:

Transmission service and repair in Boise.

Are you searching for “transmission repair near me”? Are you in Meridian Idaho? We’ve got some great news for you – we are just a short 20-minute drive away!

Other nearby cities include Twin Falls, McCall, Pocatello, and Nampa, Idaho

What’s the point of transmission service?

Folks, this is a really big preventive maintenance item – service your transmission regularly and you will get a lot better service from it.

Many dealerships and almost all quick lube oil change places are using flushing machines to change your automatic transmission fluid.

Flushing machines are used to provide a quick (cheap) transmission fluid change, however, they do not address transmission pan cleanliness or the absolute necessity of filter changes. By taking your vehicles transmission pan off, sediment in the pan, as well as the magnet which collects microscopic particles needs be cleaned, and the fluid filter needs to be changed. All vehicle manufacturers recommend a filter change with the oil (fluid) change and recommend against the use of flushing machines due to possible fluid contamination from pan sediments.

Call us if your vehicle is equipped with a CVT transmission, you need to change your transmission fluid more frequently than the manufacturer recommends.

Boise Transmission Repair recommends your transmission fluid and filter changes based on the following 14 steps: 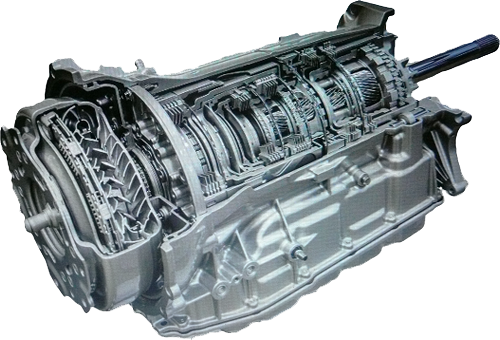 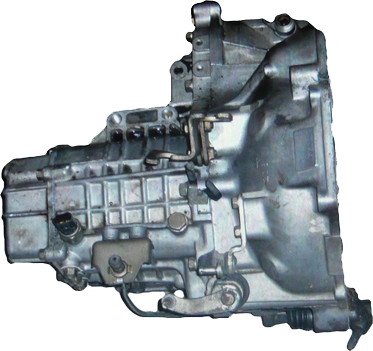 Boise Transmission Repair can handle any and all upgrades you might need for your diesel powered pickup truck. Today’s modern diesel performance is advancing rapidly.

The current lineup for pickup truck diesel engines can make nearly 1,750 plus lb-ft of torque at the wheels and still be drive-able on the street. Getting that much power to the ground, brings up some challenges for every component in your drive line, converter,transfer cases. Every single part in a transmission can be a weak link. Don’t let that happen to your trucks transmission, because eventually you will pay the price! So, avoid breaking the bank and call Boise Transmission Repair to get a professional transmission diagnosis call right now… 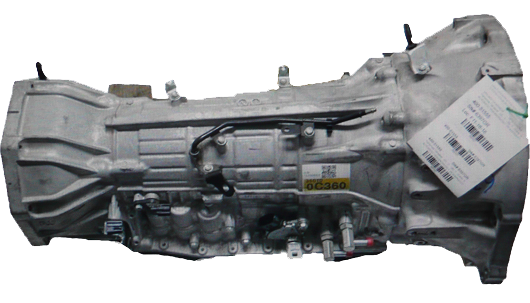 RDI is a transmission repair industry acronym that stands for: Remove, Disassemble, & Inspect. This is only recommended if the problem with the gearbox is determined not to be a problem that can’t be fixed with the transmission in the vehicle.

Remove:  Remove the gearbox from the vehicle for dis-assembly.

Disassemble: Disassemble the transmission for the purpose of the next step in the procedure, which is:

Also inspect for any transmission internal parts that are about to fail.

Why do I need an RDI?

Many times, a transmission problem is “hidden” from view. In other words, we can’t “see” what the problem is or its cause. We know the problem is internal. What we don’t know is; what is wrong, it’s cause, and most importantly, it’s cost. We have to perform some exploratory surgery. Doctors have X-rays, psychics have crystal balls, and Transmission Repair Boise relies on diagnostics.

Please call for our new address