Let the experts at Boise Transmission Repair help solve any issues you are having with your KIA automatic transmission.

We specialize in KIA transmission fluid changes and flushes, call now for an estimate for your vehicle.

Are you searching for‘KIA transmission rear service near me’?

We are your sensible choice for affordable transmission maintenance and repair and have been helping the people of Idaho for more than 20 years.

Everything you ever wanted to know about transmission repair but didn’t know who to ask. 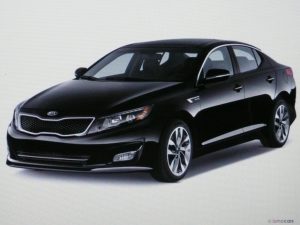 Diagnostics are very critical in determining what is causing the problems with your KIA transmission. A road test and electronic scan are necessary to pinpoint any issues you are having. 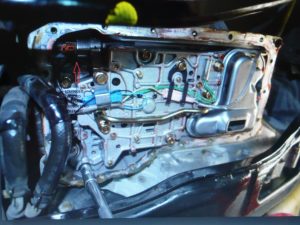 All work performed by Boise Transmission Repair comes with a written guarantee for your peace of mind.

Here are some of the KIA models that we can service and repair:

A little history about KIA:

Founded in December 1944 as Kyungsung Precision Industry, a manufacturer of steel tubing and bicycle parts, eventually producing Korea’s first domestic bicycle, the Samchully, in 1951. In 1952, Kyungsung Precision Industry changed its name to Kia Industries, and later built Honda-licensed small motorcycles (starting in 1957), Mazda-licensed trucks (1962) and cars (1974). The company opened its first integrated automotive assembly plant in 1973, the Sohari Plant. Kia built the small Brisa range of cars until 1981, when production came to an end after the new military dictator Chun Doo-hwan enforced industry consolidation. This forced Kia to give up passenger cars and focus entirely on light trucks. Prior to the forced 1981 shutdown, K i a  rounded out its passenger car lineup with two other foreign models assembled under license: the Fiat 132 and the Peugeot 604.

Starting in 1986 (when only 26 cars were manufactured, followed by over 95,000 the next year), Kia rejoined the automobile industry in partnership with Ford. Kia produced several Mazda-derived vehicles for both domestic sales in South Korea and for export into other countries. These models included the Pride, based on the Mazda 121, and the Avella, which were sold in North America and Australasiaas the Ford Festiva and Ford Aspire.

In 1992, K i a  Motors America was incorporated in the United States. The first branded vehicles in the United States were sold from four dealerships in Portland, Oregon, in February 1994. Since then, they methodically expanded one region at a time. Dealers in 1994 sold the Sephia; and a few years later, the United States segment expanded their line with the addition of the Sportage. Over one hundred dealerships existed across thirty states by 1995, selling a record 24,740 automobiles.

Since 2005, K i a has focused on the European market and has identified design as its “core future growth engine”—leading to the hiring of Peter Schreyer in 2006 as chief design officer and his subsequent creation of a new corporate grille known as the ‘Tiger Nose’.

In August 2014, the company received international attention when Pope Francis of the Catholic Church rode in one of their compact cars, the Soul, during a five-day visit to South Korea. The Kia Soul drew bigger attention than two other vehicles used by the Pope, their  Carnival and Hyundai’s Santa Fe, because it appeared in the high-profile welcoming ceremony of his arrival at the Seoul Airport on 14 August.

In 2016, Kia Motors model reliability was ranked first in the United States by J.D. Power and Associates, becoming the first non-luxury automaker since 1989 to top that list.