We specialize in Toyota transmission repair, call now for an estimate for your vehicle.

Rebuilt Toyota Gearboxes for those who would like to install their own transmission. 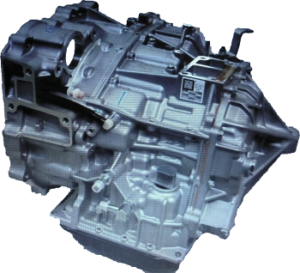 If you have a Toyota truck, car or SUV with higher mileages, (99,000-159,000) your automatic transmission might not shift correctly.

There might be an issue with your throttle position sensor. Your truck’s shift solenoid might need to be replaced, or could just be out of adjustment. Good news… Usually, your transmission will not need to be completely overhauled.

These are all issues that with proper diagnostics can all be resolved by expert trained technicians at Boise Transmission Repair.

If you are driving an older Toyota and it has a manual transmission, worn-out shift bushings might cause your transmission to come out of gear. You might notice this especially often when you are coasting down a hill in 1st and or 2nd gear.
Boise Transmission Repair can replace all of your shift linkage bushings, this is a very affordable procedural and usually will correct your vehicles popping out of gear issues.

We can install undercarriage skid plate protection for your Toyota four-wheel drive (4×4).

Some history about Toyota:

The history of Toyota started in 1933 with the company being a division of Toyoda Automatic Loom Works devoted to the production of automobiles under the direction of the founder’s son, Kiichiro Toyoda, Kiichiro Toyoda had traveled to Europe and the United States in 1929 to investigate automobile production and had begun researching gasoline-powered engines in 1930. Toyoda Automatic Loom Works was encouraged to develop automobile production by the Japanese government, which needed domestic vehicle production, due to the war with China.[2] In 1934, the division produced its first Type A Engine, which was used in the first Model A1 passenger car in May 1935 and the G1 truck in August 1935. Production of the Model AA passenger car started in 1936. Early vehicles bear a striking resemblance to the Dodge Power Wagon and Chevrolet, with some parts actually interchanging with their American originals.

Toyota Motor Co. was established as an independent and separate company in 1937. Although the founding family’s name was written in the Kanji “豊田” (rendered as “Toyoda”), the company name was changed to a similar word in katakana – トヨタ (rendered as “Toyota”) because the latter has 8 strokes which is regarded as a lucky number in East Asian culture. Since Kanji are essentially Chinese characters, in Chinese speaking markets, the company and its vehicles are still referred to by the original Kanji name (simplified Chinese: 丰田; traditional Chinese: 豐田; pinyin: fēng tián), but with Chinese pronunciation.

During the Pacific War (World War II) the company was dedicated to truck production for the Imperial Japanese Army. Because of severe shortages in Japan, military trucks were kept as simple as possible. For example, the trucks had only one headlight in the center of the hood. The war ended shortly before a scheduled Allied bombing run on the Toyota factories in Aichi.

After World War II, Japan experienced extreme economic difficulty. Commercial passenger car production started in 1947 with the model SA. The company was on the brink of bankruptcy by the end of 1949, but the company eventually obtained a loan from a consortium of banks which stipulated an independent sales operation and elimination of “excess manpower”.

In June 1950, the company produced only 300 trucks and was on the verge of going out of business. The management announced layoffs and wage reductions, and in response the union went on a strike that lasted two months. The strike was resolved by an agreement that included layoffs and pay reductions but also the resignation of the president at the time, Kiichiro Toyoda. Toyoda was succeeded by Taizo Ishida, who was the chief executive of the Toyoda Automatic Loom company. The first few months of the Korean War resulted in an order of over 5,000 vehicles from the US military, and the company was revived. Ishida was credited for his focus on investment in equipment. One example was the construction of the Motomachi Plant in 1959, which gave Toyota a decisive lead over Nissan during the 1960’s.