Are you searching for ‘Chrysler Transmission Repair near me’ and live in the Boise Idaho area?

We specialize in Chrysler transmission fluid flushes and change, call us today for an estimate for your vehicle.

Some of the Chrysler vehicles we work on:

Bring us your Chrysler vehicle for a free electronic scan and road test, diagnosis is a critical part of figuring out what is going on inside your cars gearbox.

Bring your vehicle to Boise’s best ASE certified transmission ‘auto shop’ for your vehicles driveline issues. We can fix that ‘check engine’ light. 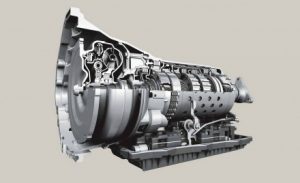 Why not use a flushing machine…

Flushing machines are used to provide a quick (cheap) transmission fluid change, however they do not address transmission pan cleanliness or the absolute necessity of filter changes. By taking your vehicles transmission pan off, sediment in the pan as well as the magnet which collects microscopic particles can be cleaned, and the fluid filter can be changed. All Vehicle Manufacturers recommend a filter change with the oil (fluid) change, and recommend against the use of flushing machines due to possible fluid contamination from pan sediments.

Used car⁄ truck pre-purchase inspection this could save you thousands of dollars – how many times have you ever heard of anyone doing a thorough drive train inspection before they bought their 4×4?…

A transmission cooler regardless if you are towing anything or not, will greatly extend the service life of your transmission — call and find out why!

Enhancements for Heavy Duty Towing on all types of cars and trucks.

Automatic and manual transmission Overhauls and repairs on all vehicles.

Your satisfaction is our number one concern — we stake our reputation on every job.

Transmission repairs are rarely planned (we have yet to see our first planned breakdown) and never budgeted. Commonly, a transmission problem disrupts people’s lives and even entire households.

Give us a ring and we will give you the information you need to make an informed decision about the options you have to get your vehicles transmission in proper working condition.